Toshiba’s AT270 is a not-yet announced tablet powered by NVIDIA Tegra 3 quad-core processor. Showed at the MWC 2012, the AT270 is a 7.7-incher with a 1280×800 AMOLED touchscreen display. No details have been announced but we can see a camera at the back, a microSD card slot, built-in speaker and a connection at the bottom that looks just like Apple’s 30-pin dock connector. It runs Android 4.0 Ice Cream Sandwich.

More pictures and video after the break: 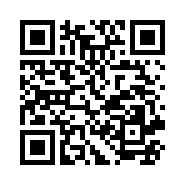