Acer introduces its new Iconia Tab A510 tablet powered by NVIDIA’s Tegra 3 quad-core processor. The new 10.1-inch device will come with Android 4.0 Ice Cream Sandwich. The A510 sports the Tegra 3 Super 4-PLUS-1 quad-core processor and the 12-core GeForce GPU for enhanced performance. It has 1GB of RAM and 32GB onboard storage capacity.

Acer’s A510 features a 10.1-inch 1280×800 HD capacitive touchscreen and offers enhanced sound experience with Dolby Mobile 3. Thanks to the new quad-core CPU, the tablet is capable of Full HD 1080p video playback and there is micro HDMI port for showing the video on HDTV. The new Iconia has a 5 Megapixel auto focus camera and a 1 Megapixel front-facing camera for video chat. It supports Bluetooth 2.1, WiFi and DLNA for wireless media streaming. A microSD/SDHC card slot is available for expansion. 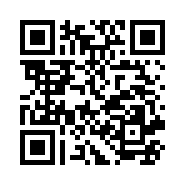