WHAT TYPE OF TABLET PC IS BEST FOR YOU?
Android: Developed by Google and originally launched as a smartphone OS. Android has since gone through a number of updates and is now found on more devices than any other OS. Growing applications base also rivals those developed for Apple's iPad.
Windows: Typically preferred by business users and coupled with an active pen and handwriting recognition capabilities. Windows OS is presently found in slates, as well as convertible and slider tablets.
iPad (IOS): Developed by Apple for its iPad, this OS boasts an enormous number of applications, all available through Apple's App Store. This OS, along with the iPad, is expected to dominate the tablet market for the foreseeable future.
webOS: Initially developed by Palm and featured on the well-received Pre smartphone, webOS is now HP's tablet operating system of choice, and with Synergy technology, is central to the company's device integration strategy.
Blackberry OS: Developed by Research in Motion (RIM) for its BlackBerry PlayBook tablet, this OS is based on the stable and secure QNX Nuetrino microkernel architecture that is also found in on-board automobile systems and on the International Space Station.
eReaders: Not to be confused with low-powered tablets with LCD screens marketed as "color eReaders," real eReaders have an eInk screen, can go for weeks between charges, and they are ideal for reading in direct sunlight. Popular eReaders include the Kindle and Nook. 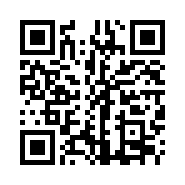